My family’s holiday tradition is very non-traditional. In the past several years, we’ve traded wrapping presents for packing suitcases. Last year we were in Sydney; the year before that, Singapore; the year before that, Munich. I’ve also spent Christmas in Paris, Rio de Janeiro and Patagonia through the years. My dad’s job has taken us around the world; now my parents have landed in Singapore. This Christmas, we met in the middle (sort of): Prague.

Traveling far and wide may seem more glamorous than driving to grandma’s house, and when co-workers make small talk about their Christmas plans, I tend to stay quiet until asked; not for a lack of excitement, but because my family’s holiday “tradition” is no more exciting than anyone else’s. The truth is, it was mostly born out of circumstance. Losing loved ones means there is no grandma’s house nearby. Moving abroad means it’s often easier to explore other locales than to travel home. Living across the world means that my family only converges once a year. So the idea of going “home” for the holidays has evolved into something less physical. For my family, it means simply being together, no matter where that may be.

Which is all to say that Prague itself served as a rendezvous this Christmas, where neither me nor my parents had to travel 21+ hours to see the other. And it was beautiful and exciting, don’t get me wrong. I’m still amazed at how fortunate I am to experience the world as fully as I have at 22. But what I’m trying to say is that it’s not about where you spend the holidays, it’s about who you spend them with.

But, Prague is still pretty damn lovely to look at. And if you want to photos 10x better than mine, check out my brother’s photography here. 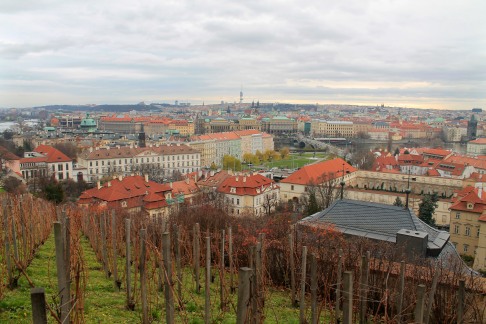 A winter view of Old Town walking up the hill towards Prague Castle.

We climbed HUNDREDS of winding steps to get to the top of St. Vitus Cathedral overlooking Prague Castle. Was it worth it?

Processed with VSCOcam with c1 preset 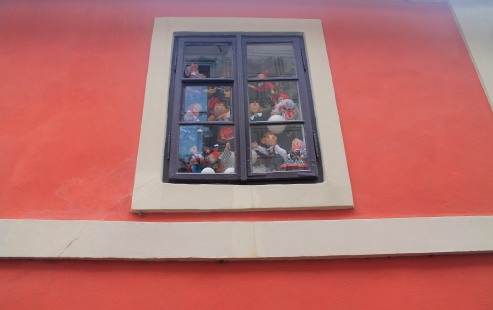 Golden Lane is a hidden row of colorful shop houses at Prague Castle. You need a ticket to get in, but it’s well worth it. Aside from shops, it’s partially a museum recognizing its former residents, including famed author Franz Kafka.

A famous filmmaker used to live in this Golden Lane home. 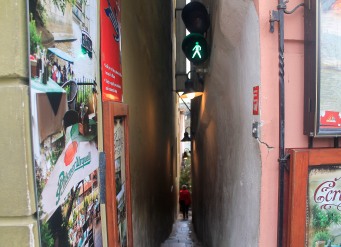 The St. Charles Bridge from across the river.

The St. Vitus Cathedral and Prague Castle sit atop every view of New Town as the highest point in the city.

We took an hour train ride to the small town of Kutna Hora.

It’s like a little time capsule with colorful cafes, churches, and littered with UNESCO heritage sites.

St. Barbara’s Church is a gothic wonder in Kutna Hora.

One of Kutna Hora’s main attractions is the Sedlec Ossuary, or bone church.

Hot/mulled/gluh/wine. Whatever you prefer to call it, there was lots of it, and it was delicious.

Trdelnik is a traditional pastry at every Christmas market and corner. It’s coated with cinnamon sugar and baked over an open flame (and smells divine).

Many Christmas markets had livestock such as goats, she eps, and ponies for kids.

Old Town Square was a personal favorite. It’s central location meant that we ended up there most nights. But with a view like this, who can blame us?

The medieval astronomical clock is in Old Town Square.

Goulash is a traditional Czech stew, and perfect for a winter evening. 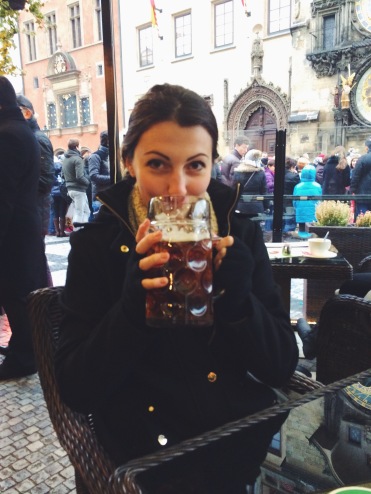 Czechs invented the Pilsner, and drink more beer than anywhere else in the world. 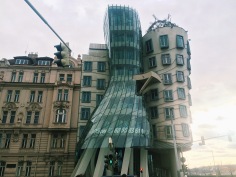