“In Spanish there is a word for which I can’t find a counterword in English. It is the verb ‘vacilar’…it does not mean vacillating at all. If one is ‘vacilando,’ he is going somewhere; but does not greatly care whether or not he gets there, although he has direction.”

While the word “vacilando” might be a slang term for many Spanish speakers as meaning teasing or flirting, John Steinbeck focused on a deeper meaning of the word. Anyone who knows me knows that I have a fascination for words in other languages that don’t have direct translations in English, and the word “vacilando” is no exception. It means that one is more concerned about the journey than the destination, and it couldn’t be a more accurate way to describe the last six months that I’ve spent traveling.

Last weekend I had the opportunity to re-visit one of my favorite cities in the world. Having lived in Paris as a baby and later returning for Christmas when I was in high school, Paris has always held a certain magical air for me. After sitting down in July and planning my concert schedule for the semester, I had known I wanted to go to Pitchfork Paris for months (as if the lineup weren’t great, it’s a music festival. In Paris). I planned four days in Paris alone. Having seen all the tourist attractions, I was more interested in exploring the city: its bookshops, record stores, cafés and back alleyways. I should have realized by now that life often has its own plans, so my casual weekend got off to a rocky start. (Note to self/everyone: if it’s before 5 a.m. the day after Halloween, set 10 alarms, including one human.)

By the time I had re-routed, I ended up arriving exhausted, in a rainy Paris late Friday night. I set off early the next morning, determined to see the Eiffel Tower across town from my hostel — because you’re not really in Paris until you see the Eiffel Tower. The sun came out just as I rounded the corner, and then magically everything was okay. I was in Paris. 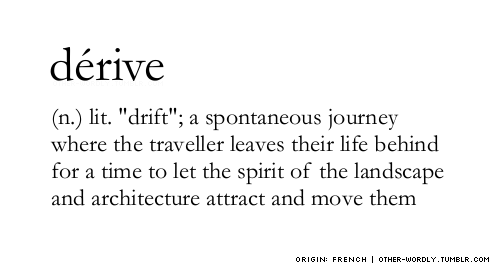 “They say that when good Americans die, they go to Paris.” – Oscar Wilde

Fueled by a bout of spontaneity and a fun night out with friends, my roommate booked a flight to join me just two days before. It would be her first time in Paris, but aside from a couple of main sights, she was interested the kind of exploring that I was. And I must say, it was one of the greatest weekends. Without a clear agenda, we stumbled upon a quaint hidden neighborhood, wandered into bakeries, strolled along the Seine and perused Shakespeare & Company. We stopped at a local café for a three-hour dinner where we made friends with the French waiters and scored some free wine. We danced at a music festival for 10 hours, mastered our navigation of the subway system and ate our weight in crepes.

“A walk about Paris will provide lessons in history, beauty, and in the point of life.” – Thomas Jefferson

At the rate of sounding super cheesy — Paris can do that to you — if I’ve learned anything from these past few wild months (other than that people often become hostile when you Instragram travel photos while they’re at work), it’s that the journey is more important than any destination you reach. It might not be the easiest, and it might be filled with screw-ups and life lessons learned, but I’m definitely going to have some stories to tell the grandkids.

In the words of Audrey Hepburn, “Paris is always a good idea.”